A&C Pest Management is a second–generation business that provides pest control services for commercial and residential customers who have problems with termites, cockroaches, bees & wasps, rodents, bed bugs and the best service for ants exterminating New York has to offer. Neil O’Connor founded A&C Exterminating in 1969, picking the name specifically so his company would be at the top of the Yellow Pages listing of exterminators. He asked his friend Walter Skinner to join him. The two worked as firemen in the same firehouse in the Bronx. At the time Skinner declined. A few years later he asked for a raise from the boss at his part time job, which that boss denied. So Skinner decided he wanted to work for himself and asked O’Connor if he still wanted a partner. In 1972 Skinner joined A&C Exterminating. The pair, whose families were very close, started out getting rid of termites and kept each of their involvement in the business on a part time basis. Both still worked as firemen, being promoted to Lieutenants. “We learned as we went along,” recalls Skinner. The pair would consult with suppliers to figure out methods and techniques they weren’t familiar with. “I’ve always made sure the customer got what they wanted.” In 1975 O’Connor decided to leave the business, so Skinner bought him out and took over as sole owner. His son James started working for him in 1984, and took over the business in 1994 when Walter retired. Since then, James renamed the company A&C Pest Management to better reflect the organization’s mission and direction. They have pioneered the use of thermal remediation, (most recently with bed bugs heat treatment) within the NY area successfully since 2009, including Certified K9 Teams, and provide a unique combination of environmentally sound practices that have proven results for many pests. A&C Pest Management is proud to use eco-friendly and organic materials for pest control whenever possible, such as MosquitoMint and thermal remediation. And instead of bombing out homes that have roach problems, A&C Pest Management uses bait, a safer way for extermination. In addition, we provide pre-purchase inspections for businesses, homes and apartments throughout the New York Metropolitan area. 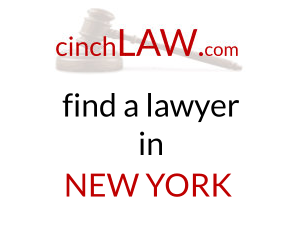